We all remember the film Pet Cemetery and how it may have given us an irrational fear of little kids and long open roads. Well, the house that inspired the fantastic film is now up for sale for $255,000 which may or may not include undead creepy grey cat. According to the Bangor Daily News, Stephen King lived there in 1978. It was there that his daughters cat was hit and killed by a vehicle, thus the story was born. 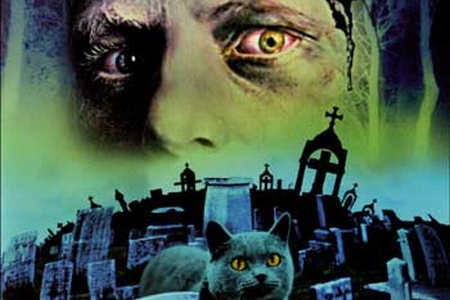 I’ll never forget the character of Zelda, the terminally ill sister of Rachel Creed. The way she was depicted in the film still gives me nightmares! So, naturally I wanted to include her scenes to share with the world! Enjoy!