If the last installment meant 7 was no longer a lucky number then ladies and gentlemen 8 is no longer great. Jigsaw continues to pique Saw franchise fans who are gasping to know if it’s core audience still likes to play games? Most of us may like to partake in our fair share but, alot of us have moved on to greater gore materials. In our eyes John Kramer died a decade ago and, it’s best to let him lie in peace. 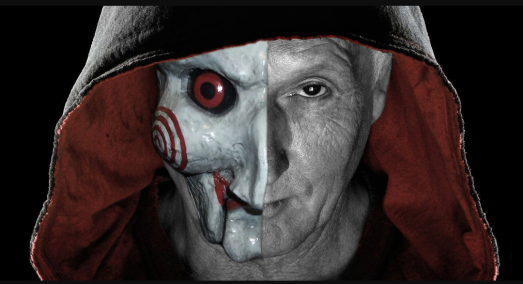 This installment takes off with some bucketheads who must shed blood on saw blades to continue on. The question at hand, is it a copycat or, have horror fans love for Tobin Bell arisen his punishment level torture chamber iconic character from a cancerous premature death?

The movie does contain traps & gore but, the level of tension & urgency fails to move the audience into caring. After watching the film I couldn’t tell you one characters name besides Billy. Who by far is the creepiest in the film yet the cutest. 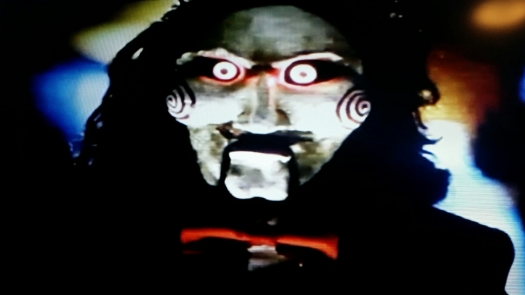 Each supposed victim is made to confess to the sins they have committed. Some as what would seem as low level crime as stealing $3.53 and,one as heinous as placing blame on someone else for a murder. They all pigeon fall into more then meets the eye and, most won’t have a choice on living or dying. Yes, there will be blood. There will also be correct assumptions if you pay close enough signs to the story.

The only nostalgic feel I got was in the beginning of the film when a woman must choose between 3 injection needles. One filled with acid that would result in a very painful death. I envisioned Freddy Krueger with his needles in Dream Warriors with Tara wanting to get her high.

Notice how I still can remember a characters name from that 80s film yet a movie I watched tonight I didn’t retain even one.

Sorry this Doesn’t bode well for a new generation To pick up the tools and continue the rampage. It’s just Game over…I hope!!