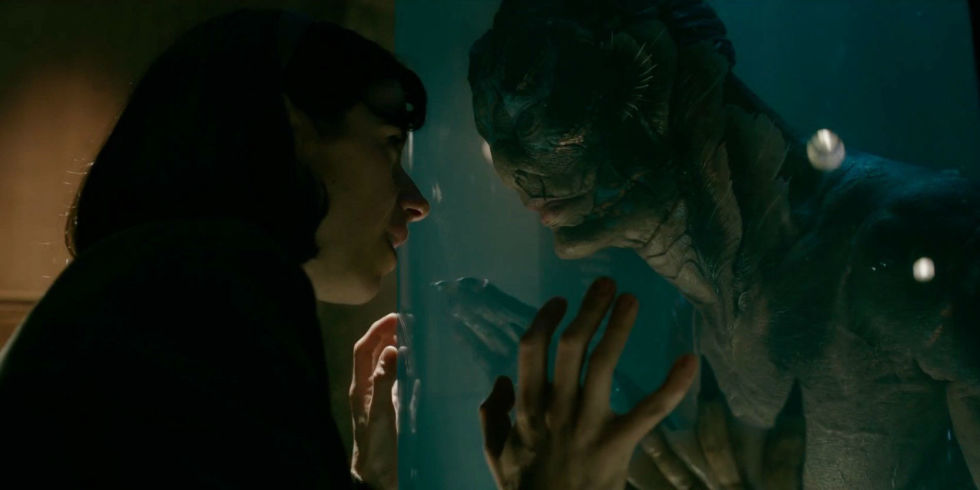 I was lucky enough to watch The Shape of Water just a few days before The Golden Globes. Obviously being partial to horror movies, this is one Golden Globe nominee that I had to see before the awards show aired. Let me tell you, what a absolutely beautiful film Del Toro has crafted. The quite literal fish out of water story was told in such a unique way that only Del Toro could pull off without seeming cheesy or downright weird.

Sally Hawkins gives an astounding performance as a lonely mute custodian working in a top secret environment who befriends the facility’s most treasured secret, which earned her a Globe nomination. The entire top billed cast was nominated with the exclusion of Michael Shannon, for whom I was for sure would have been at least nominated. I’ve never seen a Shannon film I didn’t like. Richard Jenkins and Octavia Spencer rightfully earned their nods. I am also looking forward to the day Doug Jones gets recognized for his fantastic monster work. He is truly a wonder to watch.

One of the film’s Globe winners was Alexandre Desplat who took hit home for his wonderful original score. There is a shore t musical number during the film that I wished would have went on a bit longer but that is just the musical lover in me. OF course the other winner is Guillermo Del Toro himself for Best Director. He was way overdue for a little recognition and it’s great that his love of monsters has driven his career to where it has gotten today, 25 years later. For which he reinstated as the show tried to hurry him off stage because of time. During his acceptance speech he stated a few other lovely things..

“I have been saved and absolved by them. Monsters are our way of making sense of imperfection.”

He went on to give a great shoutout to the master himself, Lon Chaney. Have you seen The Shape of Water? What did you think of it?