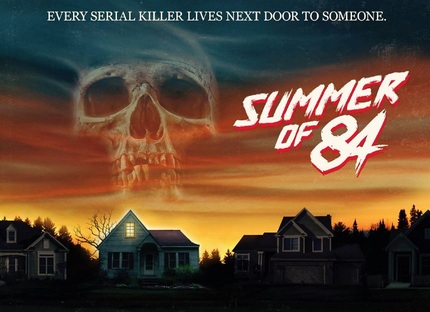 I haven’t heard much about Summer of ’84, but I am very intrigued for this. Clearly riding the ever so awesome nostalgia wave that Stranger Things and IT have contributed to, Summer of ’84 looks like it is a great throwback to classics like The Monster Squad (minus the typical monster) and Goonies (adding the typical human monster). Also, listen for the soundtrack because it might be one of the top of 2018 for horror. Check out the film synopsis and trailer below. Summer of ’84 is expected to be released today, January 22, 2018, at Sundance according to IMDB.

After suspecting that their police officer neighbor is a serial killer, a group of teenage friends spend their summer spying on him and gathering evidence, but as they get closer to discovering the truth, things get dangerous.