As if the idea of navigating murky water 120 ft. below the surface doesn’t sound anxiety provoking enough, how about adding in an unholy killer? Thanks to artist Curtis Lahr, that’s exactly what divers in Crosby, Minnesota should steel themselves for. 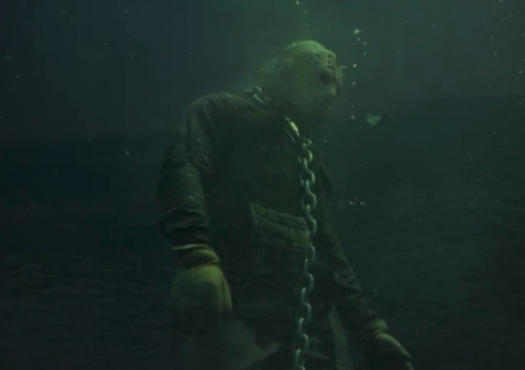 Straight out of Friday the 13th Part VII: The New Blood, Lahr chained a life-size statue of Jason Voorhees to the bottom of a popular diving destination… hopefully, he stays there. Although planted in 2013, Lahr’s most recent dive to the pruning icon has sparked online  “fan-demonium”.

While discoloration, thick patches of algae, and possible pilfering now maim the legend’s dummy, still, at this moment, a version of Jason Voorhees lurks in the dark for divers and excited fans to stumble upon. 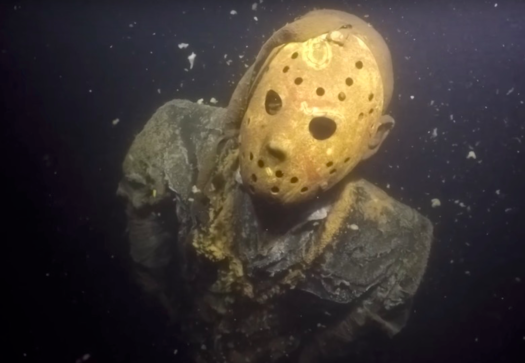 This story fills the space where my heart should be with chills and tremors. Fans of the horror genre all share a love of mystery, adventure, and a soft spot for the characters we love to love at a safe distance. If all fans of the horror genre could use their passionate abandon and genuine good nature (“good nature”) for the sake of putting fantasy into the world, what a horrendously fantastical place we’d live in!

By this, I mean we shouldn’t just stop at stranding Jason Vorheeses; we should be submerging a life-size Nessy in Loch Lomond to 1) give Nessy a playmate, or 2) give Google maps an eerie shadow beneath the waves. 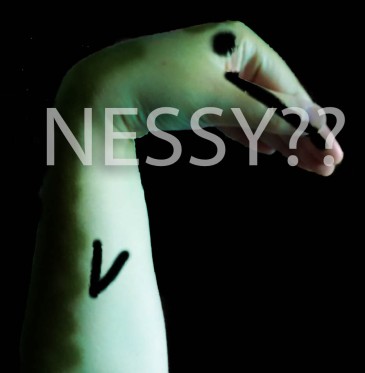 Okay, maybe not that extreme (because Nessy deserves what’s left of her privacy), but imagine if the characters of make-believe were hidden all over the world. Imagine life-size homages spread out over obscure hills and swamps and the “sightings” we could all conspire about in earnest. In a world that seems constantly to prove that truth is stranger than fiction, wouldn’t it be simply terrifying to wander into a character or an urban legend and just have our sense of pure, unadulterated wonder be recharged (like the divers I’m willing to bet made inside out wetsuits in Jason territory)? I truly believe the well-intentioned enthusiasm in our communal darkness has the power to spread light.

So let’s go monster hunting and bring a picnic basket! Let’s go geocache some criminals! Let’s get out there and promote our genre while relishing our unique sense of whimsy with our fellow ghouls and goblins!

Until the next fictional phantom is propped up and sighted, at least, daring divers should add Jason Vorhees to their water foul guides.

Which horror or science fiction character would you love to see lurking about your next hike? Comment below!

One Reply to “Jason Voorhees: The Maniac You’re Diving to Meet”