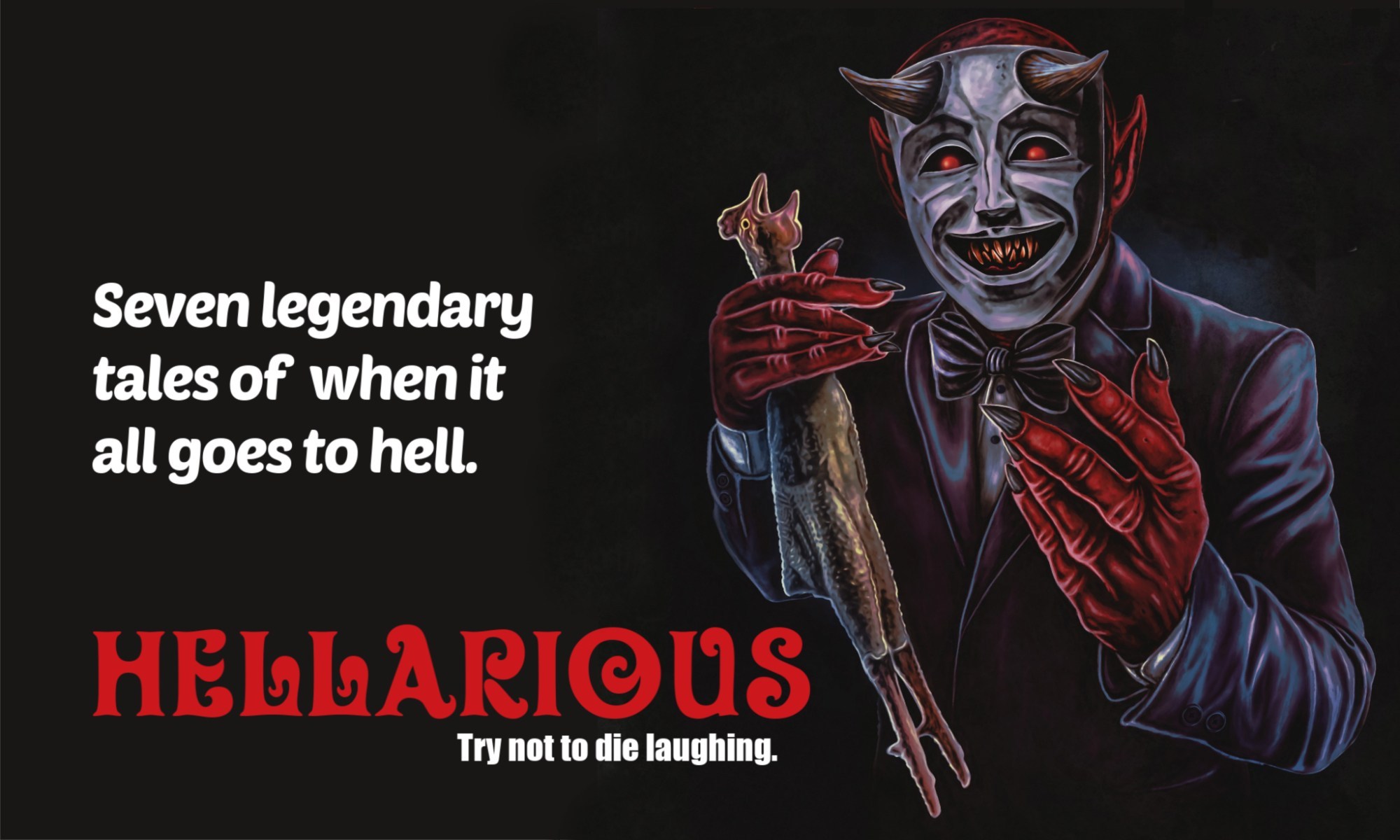 I love a great horror and I love a great comedy. A lot of times the combination of genres have a hard time working together. On the other hand, there are a few times when they work amazing. Films such as Evil Dead 2, Army of Darkness, Krampus, and What We Do In The Shadows are just a few of the features that marry the two nicely. It’s something about being tense watching a horror flick and that release of laughter that meld like blood and “Chocolat” . Now, we can include Hellarious in that private club of successful horror/comedy flicks and this time you get seven different stories to enjoy in one movie.

Jason Tostevin and has put together a line-up of shorts that will make you laugh, gasp, and scream for more. Seven frightfully funny filled tales that will make you feel like you are watching some of the classic old-school Tales from the Crypt episodes. It can be very difficult to create a short film that works given that you usually have 10 minutes or less to do so but the shorts in Hellarious does it every single time.

Out first film, Killer Kart, is directed by James Feeney and involves a fateful night when a shopping cart has wobbled its last wheel. A group of employees working late at a local grocery store find themselves fighting for their lives against a grocery cart with an insatiable appetite for death. With some straight faced line delivery and fun gore, this one was great! Clean up on aisle 6!

Next in the line-up is Horrorfic from Robert Boocheck. The not so much of a ladies man, Tex, gets his solo date night interrupted by a pesky chupacabra and must defend his home from the maniacal creature before he can enjoy the rest of his night. I’m a big fan of protagonist getting beat down in a hilarious manor and this horror short hit the hammer on the chupacabra in satisfying my need for physical comedy.

‘Till Death comes from Hellarious creator himself, Jason Tostevin. A group of husbands make a pact akin to the classic Danny Devito/Billy Crystal movie, Throw Momma’ from the Train. Things don’t go quite as planned after they bury each others wives on a land owned by a witch! A great assemble performance and direction carries this fun short until the head pounding end.

The shortest of all the films, but definitely one of the most fun, was Chris McInroy‘s Death Metal. When a wannabe metalhead receives an epic guitar from his dad, he soon realizes that the guitar slays more than just cords. This one featured some great gore effects that had me doing a spit take with my beer. Death Metal is a great example of very short story telling without too much exposition.

Lunch Ladies is a real treat. The J.M. Logan directed short is a real gem. Donna Pieroni and Mary Manofsky have chemistry not seen since Lucille Ball and Ethel Mertz. They star as two high school “chef de cuisines” with aspirations to be the official cooks for their teenage heartthrob, none other than Mr. Johnny Depp himself. In order to follow through on the contest they won to be Depp’s chef, they must earn the money to but the airfare to meet him. The only way to do this is to slave for unthankful high school kids as the school’s lunch ladies. When their job, and possibility to meet Depp, becomes threatened, they have to come up with a delicious way to keep their jobs. This one felt inspired by Troma films of the 1980s and that is compliment! This was a a lot of fun to watch. 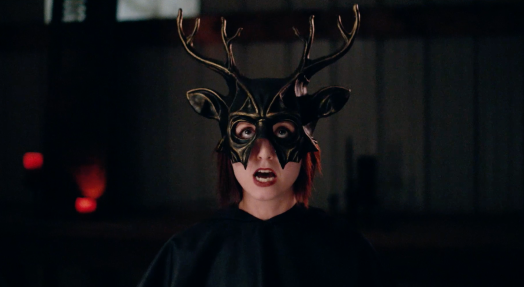 Born Again was also directed by Hellarious creator, Jason Tostevin. What happens when a group of dim-witted devil worshippers try to raise the Anti-Christ but don’t exactly follow the ritual as it’s supposed to go down? Well, the results aren’t going to be what’s expected, that’s for sure. Born Again is beautifully shot and great performances by the small cast. Randall Greenland stands out as the tardy Satanist who leaves out one of the most important details of the ritual.

Hellarious is a great freakin’ anthology and one that I am very happy to spend my hard earned moolah on supporting indie horror. If you want to see more original ideas from horror movies, then support indie horror and preorder your copy of Hellarious at the Horror Pack website today!