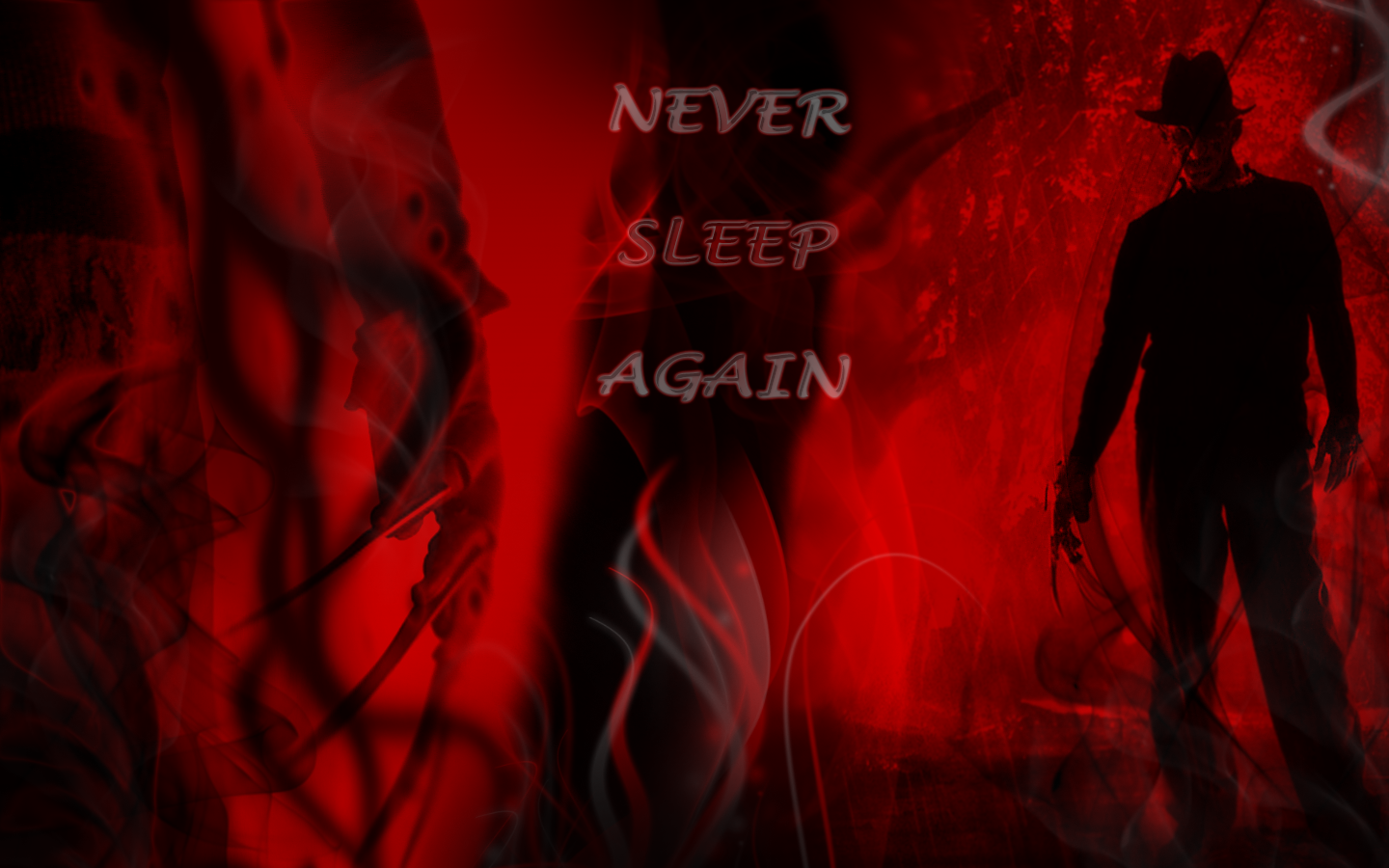 October is a strange month, for some people they enjoy the pumpkin spice lattes, or the vibrant colors. For someone like me I enjoy October not just because of the colors or flavours but because I can get away with watching horror every single night and all day long. This month I decided to go one step farther and watch as many horror trilogies as possibly could, so I started with the one that I find is one of the least discussed in the horror community. The trilogy that left me sleepless and full of nightmares, the trilogy that is literally about terror in your dreams, A Nightmare on Elm Street.

A Nightmare on Elm Street is one of the most loved and entertaining horror films to date. It also has the most memorable killer ever Freddy Krueger played by the amazingly talented Robert Englund. With a wide cast of characters that die in horrific ways I cant say I didn’t enjoy these films for the gorey visions that they are. No one enjoys blood and strange deaths more than me, and the best part is many of the deaths are not limited to reality. Freddy Krueger is not just your typical run of the mill killer, “he comes for you in your dreams. “

After Eight movies including the remake most people don’t seem to enjoy the creepy dream demon anymore. I myself love everything about these films and the best part about them is that Robert Englund is continuously Freddy Krueger. The dedication and effort he puts into making Freddy Krueger stand out and be his own unique character is beyond admirable. Unlike other slasher flicks that have used numerous actors Freddy had been continuously played by Robert till the new remake in 2010.

The first movie follows Nancy Thompson who is haunted by her mothers actions from the past. The movie is pretty simple, a man named Freddy Krueger with knives for fingers is coming after them in their dreams. Not just nightmares, they die in real life in horrific ways, getting slashed and dragged across a ceiling to getting pulled into a bed that gushes insane amounts of blood. The way that Freddy Krueger kills is always extremely unique and amusing for me and I find that I enjoy them much more than I do any other slasher film. Freddy delivers a whole new level of killing to horror and I think that is why he is one of my favorites.

The following movies although not as awesome as the first are still highly enjoyable films although the second one fell flat with me, but with the return of Nancy in the third installment it brings in a few new characters and a even more intricate storyline and also makes room for more movies to follow which they did. The third and fourth movies follow a new line of teens who are all tied into the murder of Freddy Krueger in some form or another. The children of the people who murdered him or the children’s children. It is that reason that for me Dream Warriors, Dream Master, and Dream Child are also my favorite installments into the Nightmare Trilogy. Freddy’s Dead even had some good moments, and everyone knows gore makes me smile.

Although not part of the A Nightmare on Elm Street trilogy we got one final taste of Krueger in the killer vs killer film Freddy Vs Jason. This movie was a hit and miss for some people but for me, it was a hit. With some crazy kill counts and Roberts flawless ability to make terrifying seem funny it was one of those movies that you hate to love and love to hate. Its a killer vs killer bloodbath with reality versus nightmares that makes you question what is real and what is not. Englund once again made Freddy Krueger a force to be reckoned with.

The First time I watched the remake from 2010 the only thing that truly disappointed me was that Englund did not continue his reign of terror as Freddy Krueger. The movie in itself wasn’t a terrible film, they gave Krueger a backstory and went into more detail with his involvement with the children which I think made it even more mentally disturbing. The fact that he was in their lives and their repressed memories aided in him coming back to kill and destroy them. Playing Freddy Krueger in the film they cast Jackie Earle Haley, who quite frankly isn’t a terrible actor and in my opinion although wasn’t as good as Englund was, he didn’t do that terrible at it. Personally I think the biggest issue is that people have is that it isn’t Englund. Storyline aside, the only issue is that Englund didn’t reprise the role he is so well known for, and the character who had a certain demeanor now had to be played by someone else. Those aren’t easy shoes fill, especially since Freddy Krueger was so flawlessly played by Englund repeatedly in the past. I think it was hard for some fans to let go, but to enjoy it for what it was. I found it decent and the kills were amusing.

I never thought I would see Robert Englund portray Freddy Krueger again but upon my research and discovery I came across this gem and I wont post any spoilers but he re-praised Freddy in The Goldbergs in this amusing and funny episode. I enjoyed it immensely and I was so nostalgically happy to see Robert Englund as Freddy Krueger. The dream demon we have all come to know and love and fear. No one can replace Robert Englund, but I do hope that we can find a way to enjoy any new installments for what they are. Hat tips to the original, thank you’s to Robert Englund for being our Nightmare King and a whole new line of possibilities for the Nightmare on Elm Street franchise.

I hope you enjoyed my first article for this halloween season. There will be many more to follow in my October Horror Fest. Next Week Boo knows?

“Hail to the king, baby!” Click the image to get yours 😈
When you open the oven to check on your pizza...🔥🔥🔥🔥 . . . . . #weekend #freddykrueger #fire #pizza
Kick some #Deadite ass with these #groovy sneakers! They come in men’s and women’s sizes with FREE SHIPPING. These run a little small so order a size up! 😈
Have you watched the “gore cut” of Tammy and the T-Rex? If not, do yourself a solid and watch this gem on @shudder. Our fav evil slayer @science_broe did and thought it was killer! 😈
Follow Scary Basement Media on WordPress.com
%d bloggers like this: