On February 4th 1940 a legend was born in the Bronx, New York and to this very day he is celebrated and missed and remembered fondly. George A. Romero is what triggered the love for horror for me and probably many others as well. When he passed away on July 16th 2007 we were all saddened by his death. Although his birthday was yesterday I find myself still talking about him and reminding people his birthday was yesterday. So rather than write about his death I want to discuss his life and why we love George Romero.

The zombie genre wouldn’t have existed without with George Romero there to kick it into high gear with his zombie “trilogy.” He had a hand in many other films either producing or writing, such as The Crazies, Deadtime Stories and The Dark Half; but what I remember him for will always be his zombie films. Night of the Living Dead terrified me as a child, the black and white aspect made it ten times more chilling to me and hearing Helen scream when shes being killed by her daughter made me shiver many times. 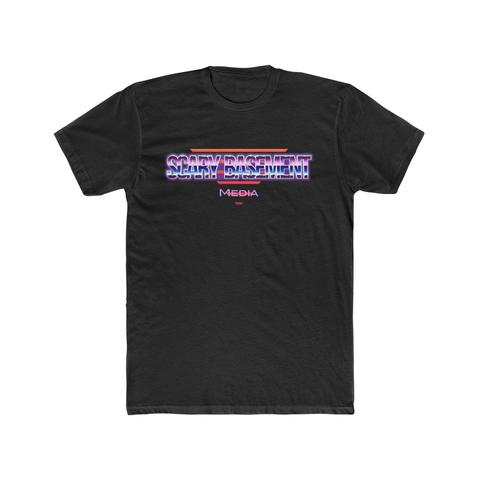 Comfortable and light, this premium fitted short sleeve is a classic choice. High quality print adds a statement to one’s workout or everyday routine. Please include shirt size in your order. Price includes shipping in the U.S.

Romero was a genius before his time and before this time. And he was one of those artists that you grow to respect even more with time and you mourn deeply with every new zombie movie or game that comes out. Especially since you often come across little hat tips to George in many games and many other movies. Shawn of the Dead has many, and almost all other zombie films or t.v shows also have multiple times were look and cant help but appreciate that they also appreciate him as a artist and a writer.

As fans we cant help but miss him and celebrate him and remember him for all he did for us as horror fans, zombie fans, and just all around fans. Happy Birthday George Romero. You may be gone but not a day goes by that we don’t appreciate all you have done. Stay grim!!!